The Red Bulletin delivers stories about people who achieve extraordinary things, move beyond the norm, test out their boundaries, and passionately seek adventure, breaking new ground as they go. A magazine about the world of Red Bull and its many playgrounds. 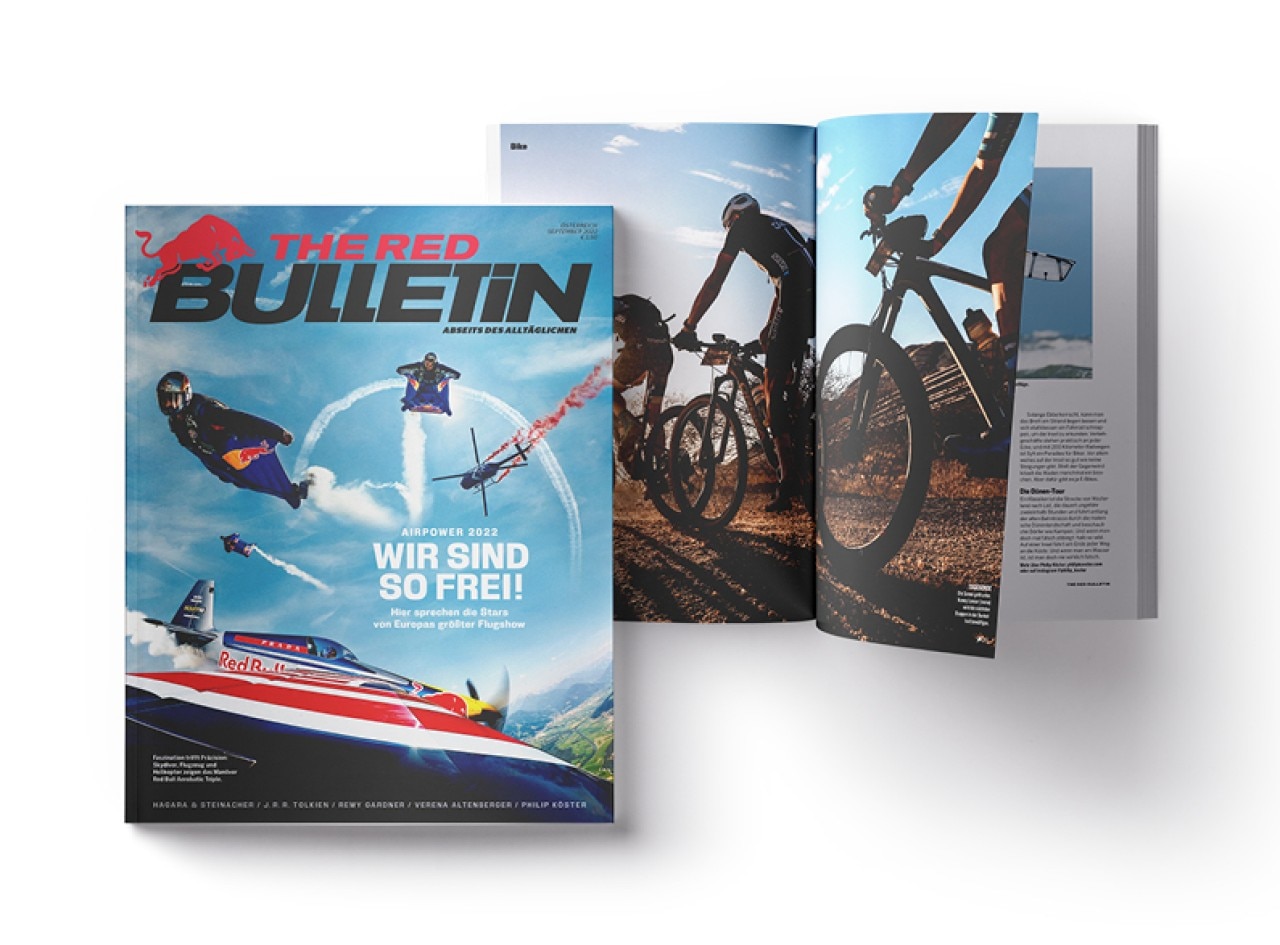 The Red Bulletin is the monthly magazine with the largest young, urban target group in Austria, offering unique advertising opportunities off the beaten path via Red Bull's online platforms. Stories from the areas of sport, adventure, culture, music, nightlife, innovation, fitness, and lifestyle are representative of the magazine's wide range of content. 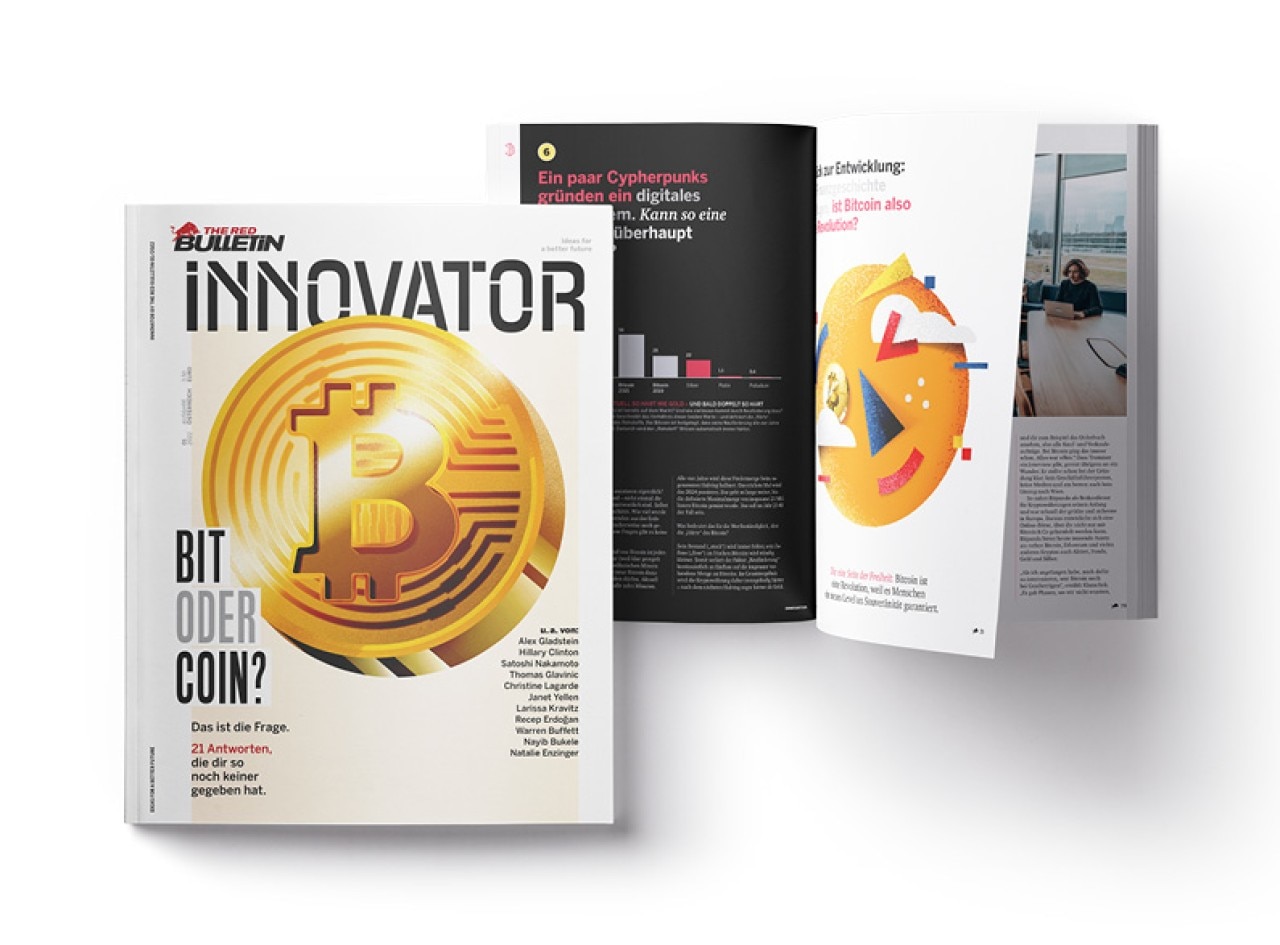 The magazine for a better future

The Red Bulletin INNOVATOR tells stories of innovative people and promising ideas. A magazine full of inspiration and optimism, for future builders and young entrepreneurs, telling stories of start-ups, pioneers and ingenious inventions. With its on-target distribution concept, the magazine reaches a young, critically thinking, technology- and finance-savvy target group. With a total print run of 373,700 copies (AT: 58,000, DE: 60,000, CH: 255,700), The Red Bulletin INNOVATOR is one of the highest-circulation magazines in the German-speaking region. 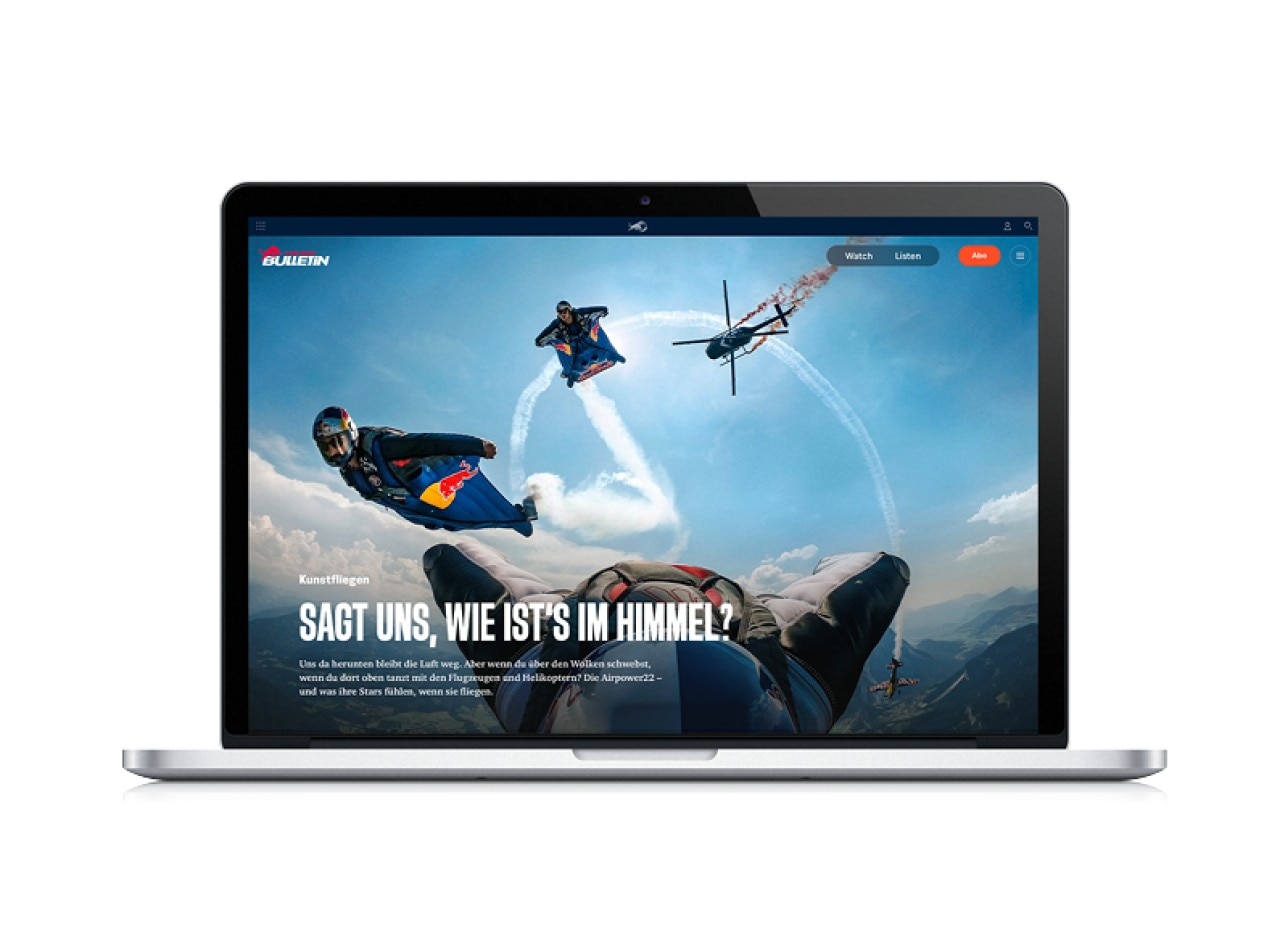 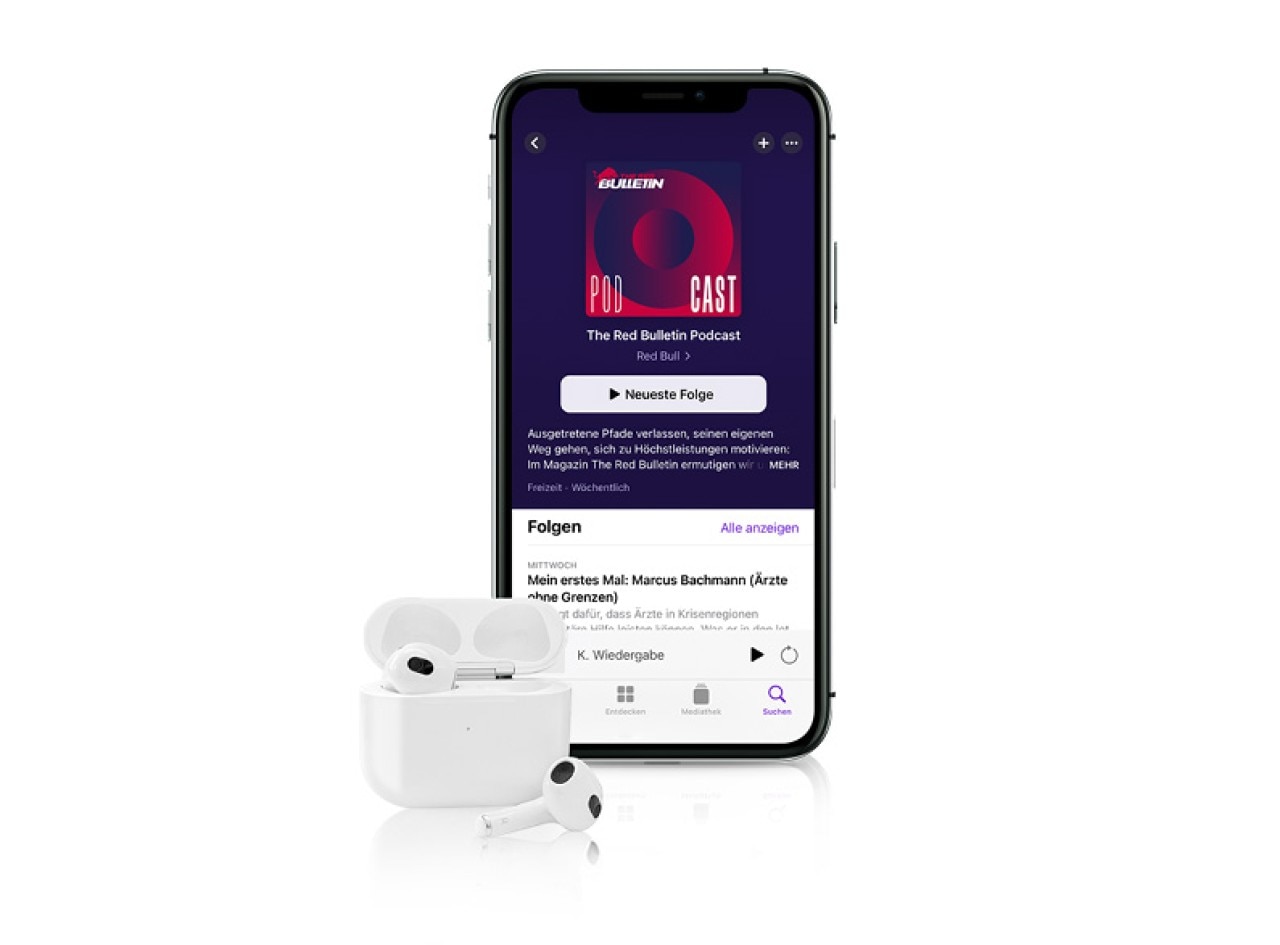 Listening beyond the ordinary

The Red Bulletin magazine encourages readers to immerse themselves in a world beyond the ordinary, off the beaten path. This cocktail mix of action and inspiration is also available to listen to in three formats: "Mein erstes Mal" (inspiring interviews), "Hörstoff" (adventurous reporting) and "Boulevard der Helden" (star author Michael Köhlmeier's podcast column). The podcast "INNOVATOR Sessions" and "Die Biochacking-Praxis", the podcast that helps us live healthier, better, and longer, round off the exceptional podcast portfolio. 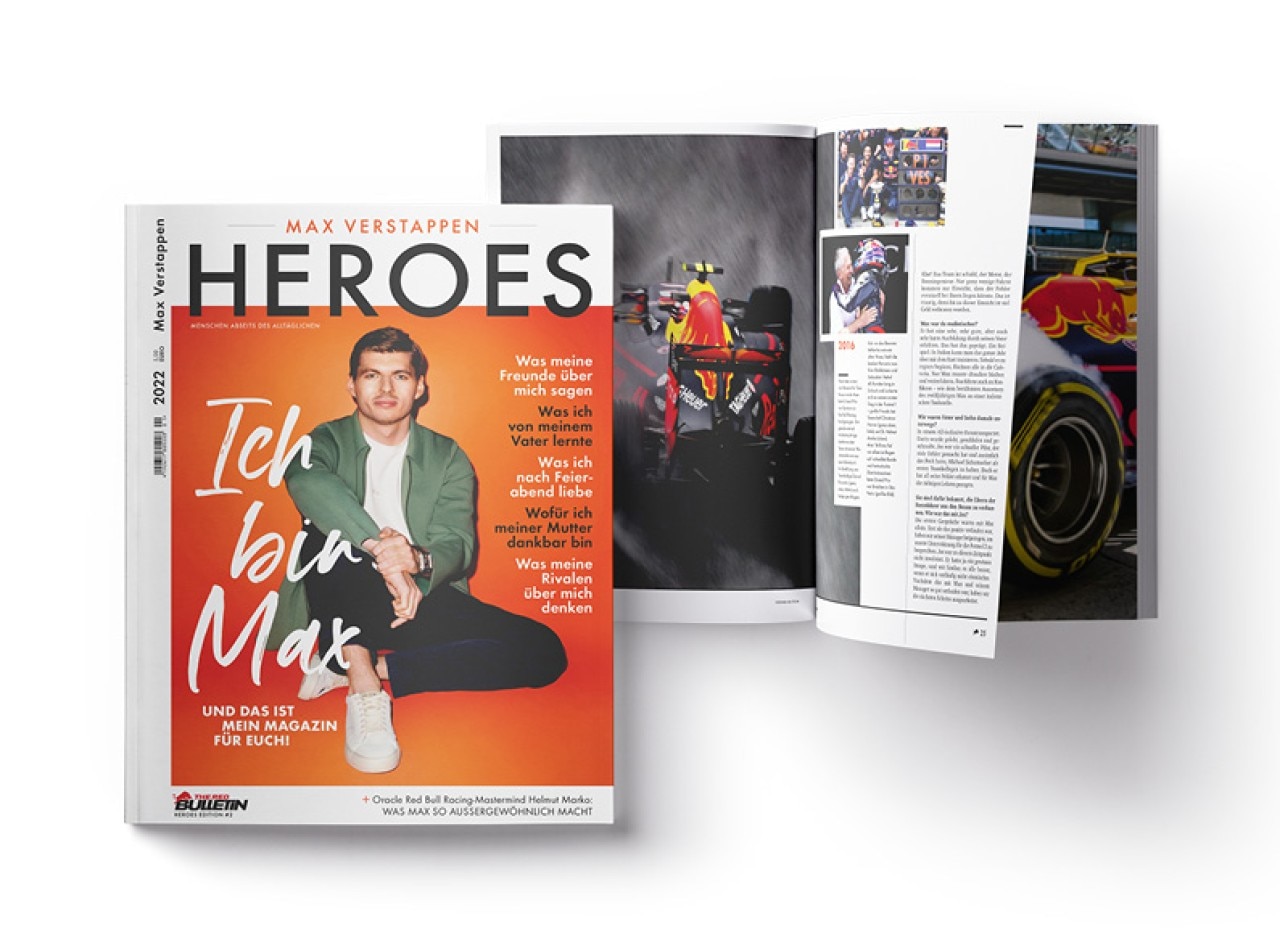 What has Max learned from his father, ex-racing driver Jos Verstappen? What did his mother Sophie Kumpen, a racing super talent herself, pass on to him? What did Oracle Red Bull Racing mastermind Dr Helmut Marko recognize in this young hothead? How does fitness coach Bradley Scanes get Max Verstappen in top form? What does race engineer Gianpiero Lambiase whisper in his ear during a Grand Prix? What does Max love most about his new home Monaco? "The Red Bulletin Heroes Edition | MAX VERSTAPPEN" answers all this and more on 124 pages of exciting stories, fascinating photography and an extraordinary layout.

Listening beyond the ordinary

Listen in to The Red Bulletin's podcasts: "My First Time", "Listening Material", "Boulevard of Heroes" and "The Biohacking Practice".

The digital world of Red Bull

Follow us on LinkedIn for exciting insights into the media world of Red Bull Media House Publishing.